Making money with app development is possible for App developers. 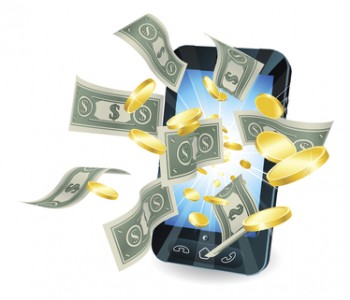 Although most developers have to approach their craft more realistically. App development is much like dreaming of being a rockstar, sometimes big money and fame can come easily, but it isn’t the norm. Developers have to walk the razors edge, so to speak. Become a developer and pursue the dream that you love, create your app. At the same time, don’t give up your day job, because you will probably need it soon.

When a new app developers create an app with real potential, they must immediately decide which road they want to take. Should they let users access it for free or set a purchase price to make their claim. Often months and years have already been invested in the development process. If there is a team at work, the goal maybe to make enough quick cash and reinvest it into developing the next project on the docket. 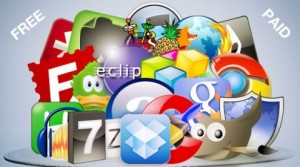 A free app maybe so fundamentally necessary, that it draws customers to everything that it’s parent company is associated with. So if you have a wide base of equally quality apps available, putting a killer free one out publicly might trigger tremendous business. This is a risky proposition, if you app is your flagship product. Some developers opt for the release of a lite-free version for public download, with the full upgraded versions being available for a full access price later to fans and loyal users. Also killer free apps can draw substantial earnings from advertising and product placement revenues, especially with gaming apps.

A paid app is the more practical way to market games, software, and very useful mobile functionality. By asking a fair and fully developed app price, small start-ups and independent companies can actually control their investments. Although they may have to play the long game and give their app time to spread, controlling their own assets keeps back the hordes of wandering investors and wannabe publishers. Smart app developers put all their earnings right back into the company pool. By doing this, they can retain all creative control, copyrights, and have a clear say in how their apps will be marketed to consumers.

Another thing to consider is finding an investor within your developing team ranks.

Maybe a member of the extended team family or a fan that would like to stake some money in your app idea. Angel investor groups do this for start-up companies and freelancers building infrastructure, so the networks connect.
Whether done with free public philanthropy or great product pricing, it’s possible to make money with mobile app development today. Well developed applications have great potentials. This can be exploited and profited from with proper marketing strategies, optimization services, social media networking, and advertising campaigning that will draw the most naturally satisfied customer markets. As consumers become advocates for your app, then you are really live streaming.

Making money like a rockstar with mad app developers skills.