One place to find reliable and efficient indie game publishers is wild. You don’t have to waste time contacting and negotiating with multiple companies or confuse yourself by reading reviews about individual companies’ performance. The list of the 10 best Top Mobile Game Publishers’ reviews is listed below. Do check it out.

Who is Versus Evil?

Versus Evil is a video game publisher and developer based in the United States. They are known for publishing indie games across a wide range of platforms, such as PC, consoles, and mobile devices. They have published a ton of successful titles, like Pillars of Eternity, The Banner Saga, and Tyranny.

What kind of games Versus Evil publish?

Versus Evil is an indie game publishing company that primarily releases RPGs, strategy games, and adventure games. Some of the most famous titles they have released include Pillars of Eternity, The Banner Saga series, and Tyranny. They have also released a number of games like Guacamelee! and games like Antihero, a turn-based strategy game, and the battle royale game Adventure Pop. They enjoy working with developers on bringing their daydreams to life.

Flaregames is a mobile game development and publishing company based in Karlsruhe, Germany. They have developed and published popular mobile games such as “Nonstop Knight” and “Royal Revolt 2”. They also have several other games like “Zombie Gunship Survival”, “Zombie Anarchy”, “Nonstop Chuck Norris” “War of Crown” and more.

What kind of games do Flaregames publish?

Flaregames primarily publishes mobile games, which include a variety of genres such as action, strategy, and role-playing. Some of their most popular games include:

Overall, Flaregames publish games that are generally free to play and monetized through in-app purchases.

ZeptoLab is a Russian mobile game development company. They are best known for creating the popular mobile game “Cut the Rope”.

What kind of games ZeptoLab publish?

ZeptoLab primarily publishes puzzle and casual games, with a focus on mobile platforms such as iOS and Android. Their most popular game, “Cut the Rope,” is a physics-based puzzle game in which the player must cut ropes to guide candy into the mouth of a hungry creature called Om Nom. They also published other games such as “King of Thieves”, “Catz”, “Puzzle Pets” and “Cut the Rope 2” and “Cut the Rope: Magic”

Overall, ZeptoLab primarily publishes puzzle and casual games for mobile platforms such as iOS and Android. Their games often feature simple, addictive gameplay mechanics and colorful, cartoonish graphics. Some of their games also include elements of physics and logic-based problem-solving. Their most popular games, such as “Cut the Rope” and “King of Thieves,” have become widely recognized and critically acclaimed.

Chillingo is a mobile game developer and publisher that was founded in 2005 and is based in the United Kingdom. They are known for publishing popular mobile games such as Angry Birds, Cut the Rope, and Feed Me Oil. Chillingo was acquired by Electronic Arts (EA) in 2010.

What kind of games does Chillingo publish?

Chillingo is known for publishing a wide variety of mobile games, including puzzle, action, and casual games. Some of the most popular games they have published include:

Chillingo also published a variety of games that are related to the genres of Adventure, Casual, Racing, Strategy, RPG and etc. 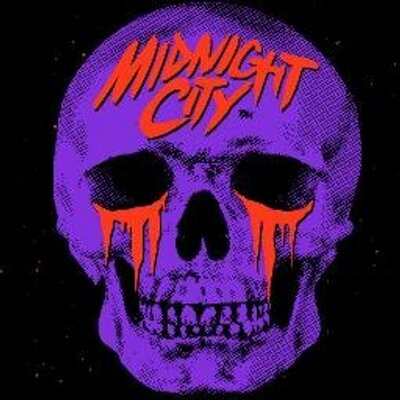 Midnight City is a video game publisher that specializes in publishing indie games. They have published games across a variety of genres, including adventure, action, puzzle, and strategy. Some examples of games that Midnight City has published include:

Who is the Double Fine Presents game? 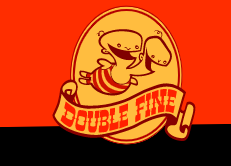 Double Fine Presents is a publishing label created by Double Fine Productions, a video game development studio based in San Francisco. The label is used to publish games developed by other independent studios that Double Fine believes in and wants to support. These games may be developed by first-time game developers or by established independent studios that Double Fine has a relationship with. The label is intended to help these developers get their games in front of a wider audience and to provide them with support and resources to help them succeed.

What kind of game does Double Fine Presents publish?

Double Fine Presents publishes a variety of games, including adventure, puzzle, platformer, and action games. They tend to focus on games that are unique and original, with a strong emphasis on storytelling and characters. The games are often developed by independent studios and may have a quirky or offbeat sense of humor.

Double Fine Productions is known for their unique and creative approach to game development, and this is reflected in the games that they publish under the Double Fine Presents label. They have a reputation of supporting creative and artistic game developers and their games are often praised for their narrative and gameplay innovation.

Team 17 is a British video game developer and publisher. They are best known for creating the Worms series of games, as well as publishing indie titles such as The Escapists, Overcooked, and Yooka-Laylee. Team 17 has been in operation since 1990 and has developed and published a wide variety of games across multiple platforms.

What kind of games Team 17 publish?

Team 17 primarily publishes indie games, which are typically developed by smaller, independent game studios. These games are known for their creativity, originality, and often their unique or unconventional gameplay. Team 17 has published a variety of indie games across multiple genres, including strategy, action, adventure, and puzzle games. Some examples of indie games that Team 17 has published include The Escapists, Overcooked, Yooka-Laylee, and My Time at Portia.

Who is Paradox Interactive game?

Paradox Interactive is a Swedish video game publisher and developer, known for publishing grand strategy games such as Europa Universalis, Crusader Kings, and Victoria series. They also have a few RPG and city-building games in their portfolio. Paradox Interactive’s games are known for their complex gameplay and historical accuracy, and they are popular among fans of strategy and history-based games. They have been in operation since 1999.

Paradox Interactive is primarily known for publishing grand strategy games, which are a subgenre of strategy games that focus on the management and control of large-scale political and economic systems. Their games often focus on historical events and are known for their complexity, depth, and attention to historical accuracy. Some of the most popular games from Paradox Interactive include Europa Universalis, Crusader Kings, Victoria, Imperator: Rome, Stellaris, and Cities: Skylines. They also have a few RPG and city-building games in their portfolio. These games are generally geared toward players who enjoy strategy, and historical and political games.

Who is Tinybuild game?

TinyBuild is a game development and publishing company that specializes in the creation and distribution of independent video games. They also have a variety of games on their own platform. Some of their popular games include Hello Neighbor, Party Hard, and Clustertruck.

What kind of game Tinybuild publish?

TinyBuild primarily publishes indie games, which are video games developed by small, independent game development studios or individuals. These games are often created with limited resources and budget compared to large, AAA game development studios. TinyBuild tends to focus on a variety of different genres, including action, adventure, strategy, and puzzle games. Some of their popular games include Hello Neighbor, Party Hard, and Clustertruck which are survival-horror, stealth, and action-puzzle respectively.