Secret Behind the Success of Eminent Apps 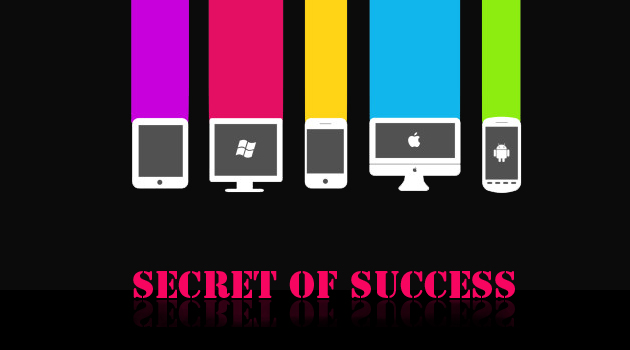 Everyone knows that mobile apps have become big business. Apple recently announced that iPhone and iPad applications earned $14.3 billion last year, and to put that into perspective, this is more than the $10 billion that Hollywood movies made at the U.S. box office! Although there aren’t such specific figures available for Android apps, recent statistics have shown that with Android being the most popular platform on nearly 80% of mobile devices, Android developers currently earn roughly 90 cents for every dollar earned by iOS developers and the gap is closing.

Although these figures do not mean that every app developer earns a lot of money, since the reality of the matter (once the figures are broken down further) is that 50% of iOS developers and 64% of Android developers tend to average less than $500 per app per month, it certainly shows how much revenue is generated by the most successful apps. The question is, however, how can a developer create an outstanding app which will get them in on this action?

Smart Phone Development and Its Usage Among All Age Groups

At the present time, 90% of American adults have cellphones with 58% of those being a smartphone. 32% also own an e-reader, and 42% own tablet computers. The available demographic data suggests that age, gender, race, education, and income make very little difference when it comes to smartphone usage. With smartphones becoming more popular and inexpensive every day, nearly everyone now has access to either an iOS or Android device of some kind. An online survey has recently provided the additional data that 29% of users describe their smartphone as “something they can’t imagine living without.”

Application Development and Its Growth

With the popularity of smartphones and tablets now being on much the same level as desktop and laptop computers, there has also been an identical rise in the growth of application development. Software companies soon realized that they needed to turn their attention to this very lucrative platform, and as a consequence, the applications market has become saturated with a multitude of similar programs of varying qualities as the fight to be the top in each category continues.

Applications and Games Are Very Helpful for All Categories of People

Clearly, applications and games have reached a stage where there is something for everyone. An overwhelming majority use their smartphones to get directions or other local information, access their social networking accounts, or look up specific details about a chosen subject on the internet. Streaming multimedia entertainment services and gaming apps have an equally huge following among specifically younger adults and children, and telecommunications apps have allowed people of all ages to securely stay in touch with their friends and family.

Have This List in Your Mind Before Starting Your App Development

As with any business venture, the most important part of app development is having a great concept which fills a gap in the market. With so much competition, it’s no longer enough to try to reinvent the wheel by cloning or merely upgrading already successful products. For instance, unless the format of e-books or mp3s changes substantially, the world will not need another e-reader or music app, It is better to create something completely original or, at the very least, develop a fusion of the best functions from the top selling apps for use in a different environment. No matter how quirky that concept may initially seem, there is bound to be someone who will appreciate it. However, if you’ve thought of something outside the box, you need to be prepared to change aspects quickly or diversify since the chances are that somebody else already developing the same thing.

Always keep your target audience in mind when developing. Just because an element of the app appeals to you, it does not mean that you are necessarily the best example of the target audience yourself. For successful app creation, think of it in restaurant terms may help. For example, if you only serve food which you like the taste of, you will not have many customers. That being said, you also don’t need to cater for everyone when providing a specialized product. Getting the balance right is hard, but beta-testing usually provides useful data which you can use to make informed changes.

It almost goes without saying that the title of your app should be suitable and a clear indication of the concept. It’s no good calling your app something ridiculous like “Monster Egg” if its meant for telecommunications and isn’t a game. Although some developers get away with using quirky fruit, vegetable, or animal names to increase brand awareness, an appropriate title will lead to less user confusion and more downloads within that category.

By necessity, with smartphones and tablets being a very visual platform, your application should have an eye catching user interface to stand out from the crowd. Far too often, other than games, many applications look the same, and it is sometimes difficult to tell which one you are using at first glance. Although the basic design concepts of keeping everything as simple as possible without too many nested menus to scroll and tap through is a good rule of thumb, some innovative graphical enhancements are always appreciated.

As with the title of the application, the icon which appears on everyone main screen should be equally attractive and informative. Far too many icons consist of similar looking logos and smiley faces than necessary. Something bright and simple is often the most attractive option, but the icon should look as if it is part of the application rather than an afterthought.

If your application is meant to be a game, it should definitely be addictive. Providing the right ratio of challenges to engage the imagination and how easily the player can achieve rewards is an art in itself, and is possibly the biggest secret behind the successful apps. Many make the games far too difficult in an attempt to elicit payment for unlocking items and opening higher levels, but this method usually puts more users off than it attracts. When it comes to utility applications, there should also be a stickiness to them which keeps people coming back for more, and these applications should be informative in addition to providing practical solutions.

*  Apps Should Always Be User Friendly

One of the biggest criticism of applications is that there are insufficient instructions and the user-interface is hard to navigate. Taking a tip from website development, if a user has to tap more than three links away from the main menu, they will probably never do so. Things need to be made as clear as possible for the widest selection of users unless the app is for specialists only, and even then, the app still needs to be ergonomic, intuitive, and user-friendly if anyone is to get any productivity from it.

With the majority of smartphone and tablet owners connected to at least one social network through their device, it is beneficial to include some form of social networking interaction in your app. Whether it is a game which lets users to play with or against their friends and share their rewards, or you have created an office productivity suite, or even a music, video, or graphics manipulation program, allowing the users to post the results on one of the major social networks is becoming a necessity.