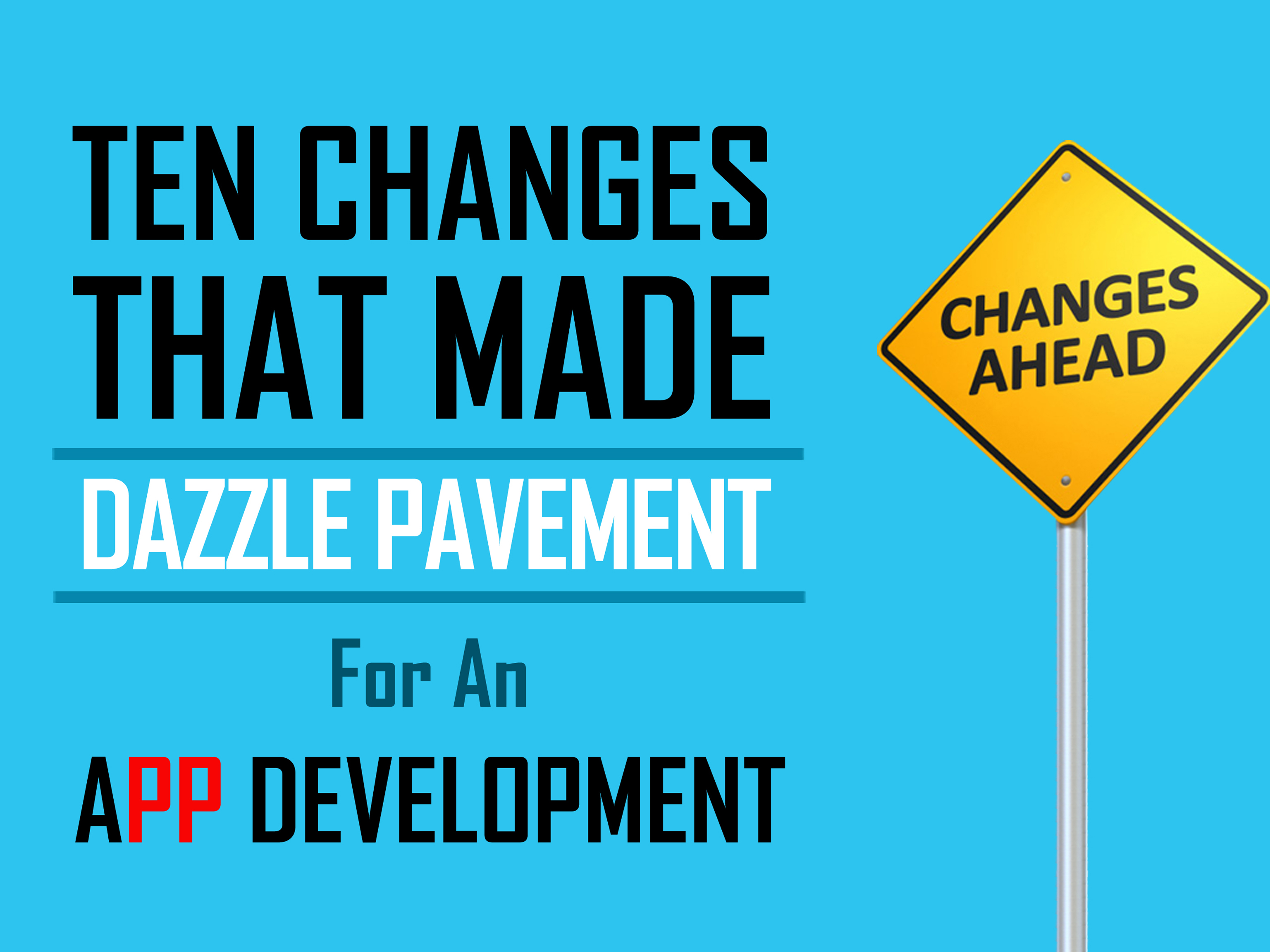 Today’s high-tech era have evolved the lifestyle of every human being on this planet earth. You yourself must be a smart-phone user with a variety of apps in your phone to facilitate you either for entertainment or informative purposes. In the first place, we can say that mobile apps have been disruptive to the software industry itself but its no myth that mobile app development industry is also in a invariable state of flux all the time. Behavioral patterns and the user preferences are putting a lot of challenges in front of app developers. This make them strive to adapt the new USP’s (Universal seeling points) or be left behind in the competition.

There has been a number of changes in app development, to state a few, I have gathered the following ten which are just on the horizon:

Based on your location, time and day. These applications ought to work as way points between your smart phone and the internet to provide you the right information about the nearby locations. These apps are the logical extensions of the basic idea of Google App.

Real-time applications are designed to fulfill the customized needs of the end users. To facilitate them in saving their precious time. Like while being at the workplace, the end user won’t have to make a manual search for a new email, the real-time custom app will send an automatic notification for it.

The changes in app development have made app developers to construct such applications which are in responsive design and must adapt different screen sizes as well as interfaces.

A recent study revealed that over 96% of the mobile apps had serious security vulnerability. Thus app developers are now focusing on security standards and made it their top priority while designing the apps.

App developers have now designing the apps that are driven with cloud technology to make them more functional so that they can be used on variety of smart phones with similar features and data.

The revolution of M-Commerce have urged the app developers to design such applications which can facilitate the end users with online payments, mobile banking and commerce.

As per researches, 35% of the big corporations have integrated their enterprise apps to better facilitate the consumers. Thus, app developers have launched mobile enterprise app stores.

Advertising and Purchasing through Mobile Apps:

Modernization have made people technology frenzy. The need for advertising and purchasing using mobile applications have created a hype and app developers are now focusing on designing such applications to facilitate end users.

And how can we forget gaming? Of course, over the time, mobile gaming apps have been evolved and app developers have been working hard to design best user preference gaming applications to make user experience interesting.